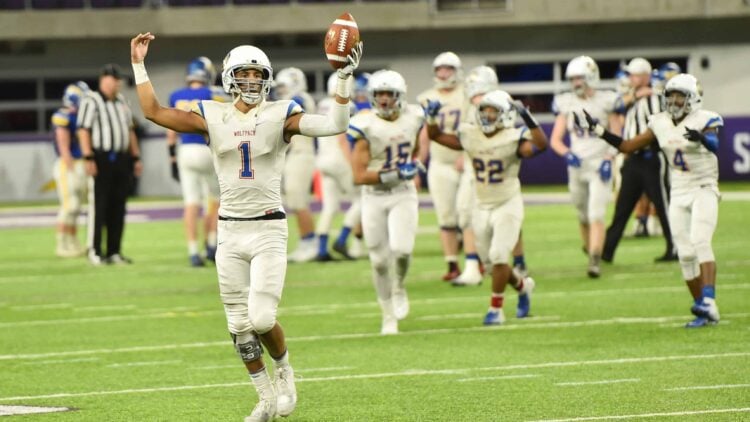 The Coronavirus Cancelation Campaign is dying in the midwest. I wrote about this possible domino effect last week, when Michigan reversed course on playing fall sports and rumors of fall football were already blazing in Big Ten circles. Now, the Minnesota State High School League (MSHSL) will meet on Monday to discuss doing the same thing on their canceled fall football and volleyball seasons.

News alert: Board President Blaine Novak has called a special meeting of the @MSHSL Board of Directors for Monday, Sept. 21 at 9 a.m.

The MSHSL will have a special meeting on Monday in regards to football and volleyball. https://t.co/0oGjIr5VkM

According to the Star Tribune, the earliest these sports can start up is October 2 for football and October 22 for volleyball. Each sport would start practices on September 21 and October 12, respectively.

When the season postponement first came down, Volleyball and football teams were granted three weeks of fall practice time, that started on Monday. That means most schools around the state have probably started practice already and could use that time to help ramp up to a surprise fall start.

This meeting was moved up so the MSHSL would have time to make a decision, before it was too late. The next scheduled meeting wasn’t until October 1. That wouldn’t have allowed enough time to boot up. The sense of urgency shows how serious the Minnesota State High School League is about getting things back up and rolling.

Late is Better Than Never – Make the Right Move

It’s clear that many educational leaders around the midwest (no matter what they say), both at the high school and collegiate level, underestimated how important these activities are to the way many people live their life.

Taking away sports and other extracurricular activities is something that should only be taken into consideration when all other options are exhausted. The numbers and protocols involving COVID-19 were there and favored moving forward cautiously. That’s why most of the country is still playing. Things haven’t changed that much, since the decisions to cancel was made. That especially holds true at the high school level.

But we still have time to change our minds and avoid a huge mistake. So make the right decision, MSHSL.