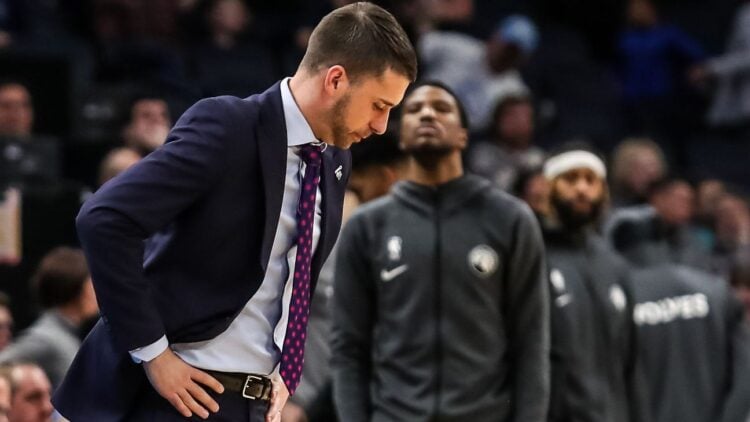 The word “culture” has been saturated in the sports world for some time now. Reporters will ask a player or coach how they pulled off a big victory and “culture” is a popular answer. PJ Fleck has made it a term of consternation in the state of Minnesota but the Gophers aren’t the only program pushing their “culture” in this town.

When Gersan Rosas arrived in 2019, the Minnesota Timberwolves immediately became a “culture driven” organization too. It was based on work ethic, togetherness, accountability and A LOT of collaboration.

Last offseason, there was a trip to the Bahamas, meant to bring players closer together. Guys were suddenly showing up early for extra practice reps and they were participating in voluntary workouts.

The trip that began the story of us. ?

Rosas saw it as an opportunity for a fresh start at a new identity and to weed out the players that weren’t particularly all in. For Glen Taylor, it was the antithesis of Tom Thibodeau, by design.

The problem with selling an authentic culture though… it has to be authentic. You can’t tell this long-suffering fan base to embrace patience when they’re constantly reading stories about Malik Beasley pointing guns at people, being arrested and cheating on his wife. To make matters worse, the Wolves signed Beasley to a 4-year/$60 million contract in the middle of it all unfolding.

On the court, Beasley is an explosive athlete and the prototypical “3 and D” player who the Wolves have desperately needed for years. Malik plays within himself, is efficient in the half court and he’s excellent in catch-and-shoot situations. Off the court, however, he is corkscrewing this whole “culture” thing into the ground.

Let’s run it back quick for those who don’t know.

Beasley currently lives with girlfriend Montana Yao (that’s subject to change) and son Makai, but he was caught hand in hand by TMZ with Larsa Pippen (Scottie’s ex-wife) in an airport. To make matters worse, another story came out that there was a third girl involved in an already messed up situation. We covered the whole situation in more detail yesterday.

Malik’s response? He tweeted “Control what you can control,” yesterday on Twitter.

Control what you can control ?

Instead of apologizing to his girlfriend, teammates and the franchise that just invested $60 million into him, he tweeted ignorance.

This doesn’t happen to the real ones…

I understand that players’ personal lives are their own but why don’t I hear these stories come out of Miami or Boston? Because their “culture” a winning one and it’s authentic.

Can you imagine how Danny Ainge (Boston) would react if Jayson Tatum faced felony charges and was all over TMZ just a few weeks before the season? What about Pat Riley?

Malik Beasley needs shape up or shape out, and it’s up to the leaders of this franchise to make sure he knows that. Otherwise, this will be the same losing team that’s made the playoffs just 1 time in 16 years.