Why Are We Trying to Kill College Football with Coronavirus? 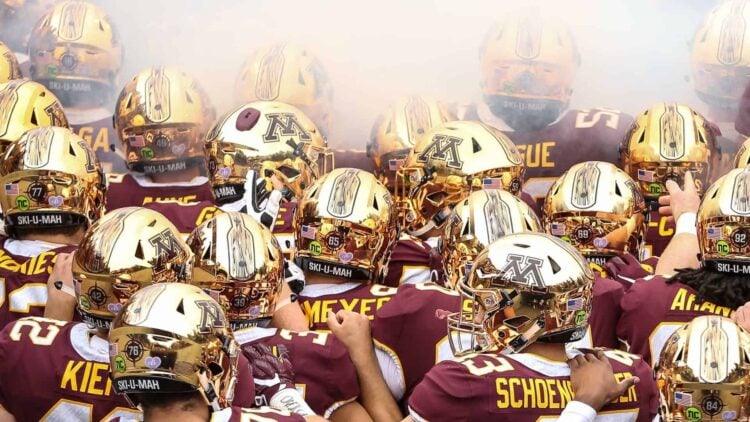 If you missed the news earlier, Commissioner Kevin Warren and all the Big Wigs of the Big Ten assembled today (virtually of course). The cancellation of college football for the fall was atop the meeting agenda, reportedly. The Big Ten closing its doors to 2020 football would surely be the first domino in a spiral that leads to the NCAA shutting fall sports down, as a whole.

Why are we doing this? “For the health and safety of the kids”, they say… We’re talking about young adults who we deem capable enough to make life decisions all day, everyday, and even vote.

99.4% of these “Power 5” college football playing young adults are still opted-in on playing college football for the upcoming season (according to my own numbers below which are inflated — only 31 players have opted out, not 40)

Source: Big Ten presidents are meeting today. All options are on the table. There’s some presidential momentum for canceling the fall football season. It’s unknown if there’s enough support to make that decision today.

*numbers assume my iPhone calculator works and I operated it correctly.

Constantly, you’ve heard EVERYONE in media and social media talk and tweet about the unlikelihood of sports taking place during the coronavirus outbreak. So far, EVERYONE is 0 for 5 on those doomsday prophecies here in America.

If you count the WNBA and MLS, we’ve started (and continued) 5 major professional sports leagues across the USA. The MLS is finishing a bubble tournament and now rolling out their regular season plans. Their new season will start later this month and NOT be in a bubble.

After tripping out of the gates, the MLB is back on track and has avoided positive tests on any teams outside of the Marlins and Cardinals. Stopping an outbreak, that infected nearly 25 people on two teams, was deemed IMPOSSIBLE without a bubble…. until it wasn’t.

Now… the doomsayers are desperate. We already know the NFL doesn’t give a fuck about the media and will be having a season. By November, there might be a vaccine so the fear-chasers need to strike a rare win quickly. Luckily for them, one major american sports market has a GIANT weakness in its battle against the “COVID kills everyone” crowd.

The NCAA has somehow been allowed to run outside of the USA constitution for decades. They decide how much their student athletes get paid (in scholarships and stipends) even if someone else is willing to foot a different bill for something unrelated.

Only in recent years, have college athletes really started to realize the power they wield. They could stop the bullshit (socialist/communist) system the NCAA runs, tomorrow. But now, the COVID whisperers are seizing on an opportunity.

College football fans talking to these college athletes like: pic.twitter.com/U0idT1GV0M

Pro athletes are paid well to risk their lives in the middle of a pandemic that has killed 150,000.

But 19 yr old college kids GET NOTHING, but are playing football primarily so that adults (coaches, ADs, sports industry execs) can make their millions.https://t.co/vTGdRshgN6

A Look at the Facts

Studies have been done showing the flu as a much greater danger to anyone under the age of 50 years old. I know I know… “we don’t know the long-term effects”.

Media keeps on bringing up one study out of Germany. The study shows lasting effects on the heart for people OVER 50, who got sick from COVID (not asymptomatic). They also point to one MLB player (Eduardo Rodriguez) who has been having heart problems (maybe before or after COVID).

Meanwhile, there are thousands of athletes who have tested positive since the start of coronavirus, but have returned to play their respective sport, since. Are we going to ignore that data?

If you are worried about loved ones… then are you going to lock these college kids in their dorm rooms? Going to a restaurant or grocery store seems like a bigger risk than playing against another college football team in an empty stadium…

With all of that being said, I’m fine with players who decide to opt-out (like Rashod Bateman). Those are individuals making their own choices. Sure, those choices affect other people but that’s the case in all of life’s decisions.

One side of this conversation has gotten so toxic, however, that it is difficult to speak your mind if it doesn’t agree with the masses on social media.

One team, for example, is standing up and speaking against the narrative being peddled about athletes “not feeling safe” in college football. Ohio State football players want to play and are letting the world know it. They claim to feel safe and comfortable with what the University and its athletic department has done. Because of OSU’s stance on their own safety… they need to be muzzled by the woke checkmarks who know their situation better than they do.

Every college athlete deserves respect. That respect includes not having your fellow athletes go out of their way to knock down your organizing movement, which is what these Ohio State players appear to be doing https://t.co/YD3JMaAukD

One Argument Fits All

Again, we’re all about college athletes standing up for themselves as long as they follow the same single-file line that all of media and social media members follow. With coronavirus, if everyone isn’t dying in your mind, then you’d better keep your mouth shut (especially if you have an audience).

I’m done with that shit. Let’s let these athletes make their own decisions on whether or not they want to play football. Let’s have honest discussions with all facts on the table, instead of silencing voices we disagree with…

College athletes are the individuals living in these environments, after all. Let them choose the future they want to live. I’d imagine that many are much “safer” at school playing football than they are at home, not playing football.