WCCO is Running a Hit Piece on PJ Fleck Tonight 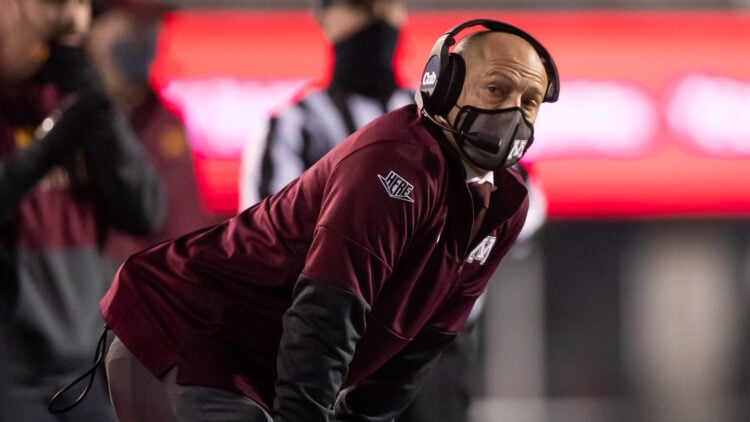 Tonight at 10 PM, WCCO (CH. 4 – CBS) is running an investigative piece on PJ Fleck and the Minnesota Gophers football program, related to how they handle injuries and player relations from within. It’s not one of the complementary variety and you can see that from the trailer released on the WCCO YouTube page.

Get to know Jason Stahl

There’s one person who’s (mostly) responsible for this story and his name is Jason Stahl. He’s a former student, professor and administrator at the University of Minnesota. While employed, he filed hundreds of complaints against PJ Fleck and the football program. In doing some research, a couple of things about Dr. Stahl quickly become clear.

He’s not a big fan of political conservatism or PJ Fleck. He rejects the idea of embracing one culture and claims players are being forced into certain set of ideals. Stall doesn’t like the mimicking of mantras like “Row the Boat” or “Elite” and that’s apparent in some of the complaints he filed against Fleck while employed at the U of M. After being offered a demotion in 2020, because of his vocal stance against the football program, Jason stall quit instead and started a substack newsletter.

His published stories since include “The Case Against Mark Coyle“, “Beholden to One Man (PJ Fleck and the Toxic Workplaces of College Football” and “Exploit U“, among others. Jason has been pushing media outlets to cover his PJ Fleck and Mark Coyle negativity for months while also trying to become the first head of a “College Football Players Association” (CFBPA).

His efforts had gone mostly fruitless until WCCO picked up his story for tonight. When I published this blog, Stahl had all of 300 Twitter followers. That doesn’t mean he’s meaningless or his voice doesn’t matter but context is always important. Something I write isn’t taken as seriously as something out of the Star Tribune, either. That’s just reality.

Here’s what Stahl had to say about his appearance on CBS tonight.

This coming Monday, May 10 at 10:00 p.m., Minnesota’s largest broadcast news outlet, the CBS affiliate WCCO, will begin reporting on these matters. I was interviewed extensively as were former Gopher players who I had not yet included in my reporting. These will be new players voices that no one has heard from yet. I commend these players for their courage in coming forward and look forward to hearing what they have to say. The report will be online after the live airing and so I’ll be sure to share the link when it is.

I know of and have spoken with one former player who was crucial to WCCO’s reporting. His name is Alex Reigelsperger and you will see + hear from him tonight. Alex was a 3-star recruit out of high school who quickly ran into injury issues after enrolling in January, 2018. He medically retired in 2019. I’ll let Alex tell you his story tonight but his complaints seem to revolve more around how college athletics operate as a whole, than what he holds against PJ Fleck and the University of Minnesota.

Obviously, Alex’ experience didn’t go as planned at the University of Minnesota. But his story isn’t any different than what’s happening across the country.

Imagine being a high school kid who’s getting recruited by multiple power-5 division one college football programs. You’re worshipped at your school and by your peers. Holding committable offers from rival schools would give power to a teenager that most only dream of. They’re being courted, praised and borderline worshipped by grown-ass men across the country and those coaches are acutely aware of how quickly an emotional teenager can turn on them, with one perceived misstep.

So then, said recruit picks (or commits) to the school they like best, the one that made the least mistakes throughout the process and the program they felt loved them the most. It’s a real-life “The Bachelor” show. Instead of a rose, there are hats. Still, the process is eerily similar and both are stacked with important home visits, awkward conversations and incredible plot twists.

But then they get on campus…

But eventually, The Bachelor gets married and settles down with his bride (Or they graduate high school and arrive on campus, in this case.) Reality often hits soon after. Coaches who were once courting them are now cracking the proverbial whip. Suddenly, the once-worshipped recruit is the one competing for the love and affection of his coach. Not only that, but the competition with his own teammates is physical and fierce. One small injury or an adolescent mistake off-the-field can completely throw a wrench into the trajectory of a college prospect.

This is the reality that every high-major college athlete deals with. Some get dealt better hands than others, don’t get me wrong, but it’s a process meant to push the cream to the top.

Let’s be real. These 3,4,5-star athletes (who are 19-20 years old) aren’t in major competition for playing time while in high schools. These are some of the greatest athletes of entire town generations, in many cases. Now, they’re away from family and lifetime support systems for the first time ever and getting their dreams crushed at practice on a daily basis competing for the first time ever, with players bigger, faster and stronger than they are.

The collegiate athletic system needs to be fixed. Kids are making billions of dollars for the collegiate steamboat and only seeing $100K in scholarship money in return. But as players get more rights, a union will eventually form and the entire college world will turn upside down.

But this report isn’t being framed as a college athletics issue. CBS is selling it as a PJ Fleck hit piece. Imagine believing PJ Fleck and the Minnesota Gophers are treating players worse than SEC schools who are answering to fanbases and boosters ready to die for their college football allegiances if Tuesday morning called for it.

Also, transferring in 2021 is easy as it’s ever been. Yet, the Gophers haven’t dealt with nearly the exodus other programs have. Mo Ibrahim could have been a day-2 draft pick and Connor Olson is a doctor but both chose to come back for one more ride. Minnesota had to add nearly 10 scholarships for this year’s team, after the NCAA granted another year of eligibility to seniors.

This whole thing comes off as sour grapes. But, I’ll be watching tonight to see if Jason can change my mind.

Football players at the UMN got hurt at practice. Others found their expectations underserved and transferred. A professor doesn’t understand that this is normal. @WCCO runs a 10 minute feature on the professor’s website. The end.