Timberwolves Just Traded Andrew Wiggins for D’Angelo Russell…. This is Not a Drill 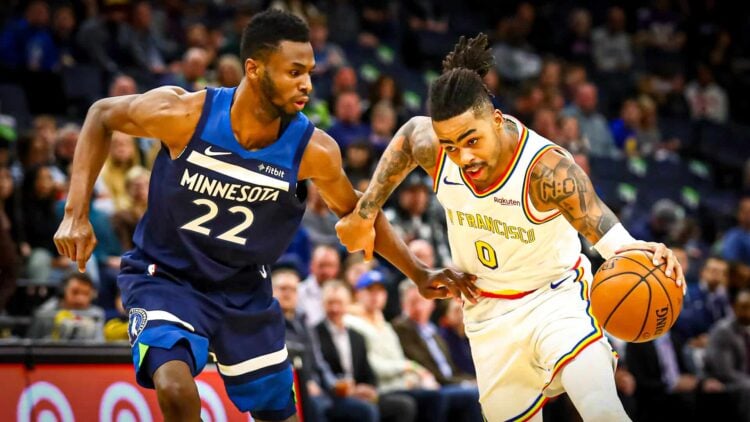 Golden State has agreed to trade D’Angelo Russell to Minnesota for a deal that includes Andrew Wiggins, a 2021 protected first-round pick and a 2022 second-round pick, league sources tell ESPN. Warriors will send Jacob Evans and Omari Spellman to Timberwolves too.

Timberwolves 2021 pick protected to No. 3, and becomes unprotected in 2022, per sources. Minnesota kept pushing for Russell, who it has wanted since summer free agency and finally got the point guard Gerssson Rosas imagined pairing with KAT. https://t.co/kfDNvsdBHX

Clarification: Minnesota's second-round pick going to Golden State is in 2021 — not 2022.

The Timberwolves finally did it…. all of it. They just found a trade partner for Andrew Wiggins AND they got D’Angelo Russell back in the process…

My mind is absolutely blown and I do not know what to do with my hands. They didn’t even have to give up this year’s 1st round pick. Next year’s is protected to the #3 pick… and if they aren’t out of the weeds as a franchise by then, sell the team.

Seriously, I’m thinking as I’m typing but we thought we’d have to give up a 1st to get D-Lo and a 1st to give up Andrew Wiggins…. but we only had to give up one 1st and we got both accomplished.

I didn’t want the Wolves to make this happen yet because I want them to keep on losing. I’m not sure how deep they will be able to dive during this tank-job now that D’Angelo Russell and a revitalized KAT will be heading the team…

However, it’s possible the rumors coming out of New York perpetualized additional desperation for Gersson Rosas to get the deal done before the deadline.

The Knicks are hiring one of Karl-Anthony Towns’ agents, to fill their role of President of Basketball Operations. That got Wolves fans panicking earlier today.

Then, it was rumored that the Knicks were trying to trade for Russell before the deadline hit this afternoon… Less than two hours later, this news breaks. I said it when those rumors were swirling… If Russell ended up in New York, KAT was as good as gone. It looks like I wasn’t that far off.

If this happens, let's just send them KAT now and save the embarrassment of this dragging out for months…. #TWolves https://t.co/f0NgPZYpZv

Anyway, it’s time to celebrate in the street! Andrew Wiggins is finally gone… the Wolves are worth paying attention to again….