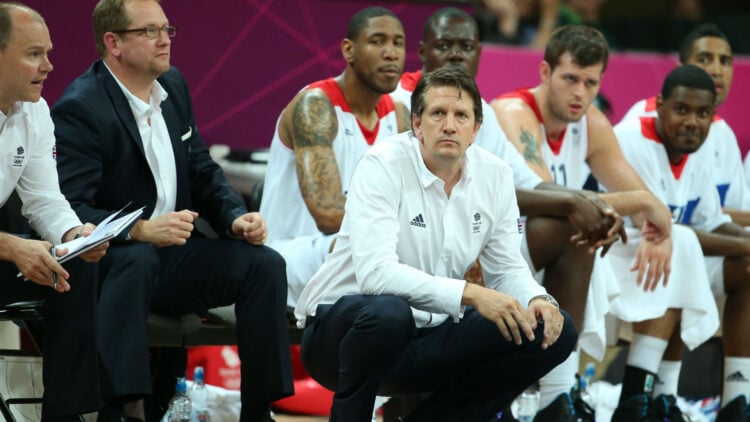 A couple hours after the Minnesota Timberwolves and Ryan Saunders lost to Tom Thibodeau and the New York Knicks, Saunders was fired by Gersson Rosas and immediately replaced by Chris Finch, an assistant out of Toronto.

The Timberwolves and Finch expect to have a multi-year deal finalized on Monday, sources tell ESPN. Minnesota plays Milwaukee on Tuesday.

Hiring a coach off another staff during the season is uncommon, but Toronto wouldn't stand in the way of Finch's chance to become a head coach now. Finch had success as a G-League head coach, and has interviewed for several head coaching jobs in recent years.

This has been a long time coming, and it appears Ryan has been on his way out the door for awhile now. Players have been talking about and defending Saunders’ job for weeks and now we know why.

The surprise came when Rosas immediately called Finch and hired him away from Toronto, something that is completely out of the norm for NBA teams. Normally, Gersson would have named an interim head coach already on the Wolves bench to finish the season, before conducting a full search in the offseason.

Instead, Finch was given a full-time, multiyear contract. It all happened so fast…

Who the hell is Chris Finch?

Chris Finch was D-League Coach of the Year in 2010 for the Rio Grande Valley Vipers. Gersson Rosas was the Vipers GM.

Finch had always been my presumed next-coach-in-Minnesota if Rosas were ever to make a move. https://t.co/D0o1GFwsAn

Chris Finch and Gersson Rosas have a bunch of history together. They spent time together in Houston, while Rosas was in the front office and Finch was an assistant coach. Finch even coached their G-League team (Rio Grande Valley Vipers) in 2010, with Rosas as his GM.

Since then, he has been a coach for the Nuggets (2016-17), the Pelicans (2017-20) and the Raptors this year, before being hired in Minnesota last night. It’s well-known around Timberwolves insiders that Finch was atop the shortlist of future coaching candidates Gersson would consider. As it turns out, he was the only one on the list. Read more about Finch HERE.

Nick Nurse, the head coach of the Raptors, was quoted saying this about Finch, who is known as one of the best offensive minds in all of the NBA. If you like offense (you do) then you’re going to like what Finch does with KAT and the rest of this talented Minnesota Timberwolves team.

A lot of people seem to really like the Chris Finch hire. Others really don’t (most notably, Damian Lillard). But there are plenty of people just dealing with the shock of the abnormal. Again, hiring a coach off another team midseason is completely “outside the box” in the NBA.

How the hell do you not hire David Vanterpool and he’s right there on the bench… and has been in front office SUCCESSFULLY and on the front of a bench of a winning team SUCCESSFULLY (7 years) … and also has played a major role in the development of a dominant backcourt smdh!

Vanterpool, a current Wolves assistant, was the obvious choice as an instant replacement. But Rosas obviously knew who he wanted to hire and wasn’t willing to wait. If you’ve placed your trust in Gersson Rosas then you let him make this hire. If he knew who he wanted, then the sooner the better. It does make you wonder who hired Ryan Saunders in the first place, however…

Honestly, it can’t hurt to bring a fresh face into the mix. And I stand by that, no matter what Dame Lillard thinks about me.

He barely been apart of the organization https://t.co/ocToza9rI9