Richard Pitino from Hot Seat to Likely Extension in One Month 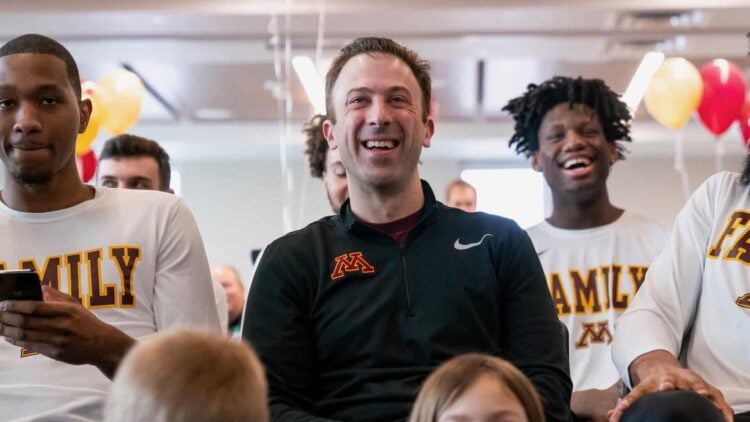 What a March for Richard Pitino…

Entering the most important month in college sports, Richard Pitino was uncomfortable. He even discussed that on his radio show this last week with Justin Gard and Mike Grimm on KFAN. When asked about how he was feeling about job security earlier this season, he answered honestly; (and slightly joking) that he was nervous to talk to Mark Coyle about it.

That was before two wins over B1G Season Co-Champions, Purdue (one to advance to the semi-finals of the B1G Tourney) and first round victories in the B1G and NCAA tournaments over Penn State and Louisville, respectively. Instead, Richard Pitino is still coaching.

While 90 percent of NCAA Division 1 basketball teams have fallen out of the running for the National Championship, Richard will be 1 of just 32 coaches who remain part of that field, by the end of Friday. I don’t think he needs to worry about his job security any longer. In fact, I’d imagine he’s quite excited to eventually sit down with Mark Coyle once the 2018-19 basketball season does eventually come to a close.

I would be shocked if Richard Pitino doesn’t get an extension after this season. He is only under contract for 3 more years and in the recruiting business, that’s not something that happens to a coach who’s securely in his (not hot) seat. Recruits want to know that the coach who is recruiting them, will be there for their Senior season. Or, at least that’s what everyone claims… I think it’ll be better than the one-year extension he got after last year for the same reason.

We talked about this on the podcast earlier this week. The cupboards for the next two recruiting classes are nearly bare. Pitino has one recruit for next season and it’s a good one. Tre Williams will be a very good player. But, that’s all we have lined up for the future, outside of the barnyard walls. Don’t let this get you too nervous, though.

The PG help is arriving next year, in Marcus Carr and Payton Willis, but both guys are already sitting on the Gopher bench per NCAA rules, as transfers. Carr will enter his Sophomore season and Willis his Junior next year, and both have put up good numbers for major division one programs at Pittsburgh and Vanderbilt.

So again, don’t get the paper bag out for breathing excercises just yet. We have much-needed help on the way. BUT, because we have a handful of available scholarships, Pitino will be hitting the recruiting trail hard as soon as the tourney ends. To help sway those spring signees, Pitino and Coyle will both want that new extension to go alongside Richard’s NCAA Tournament………… Sweet 16 birth??????