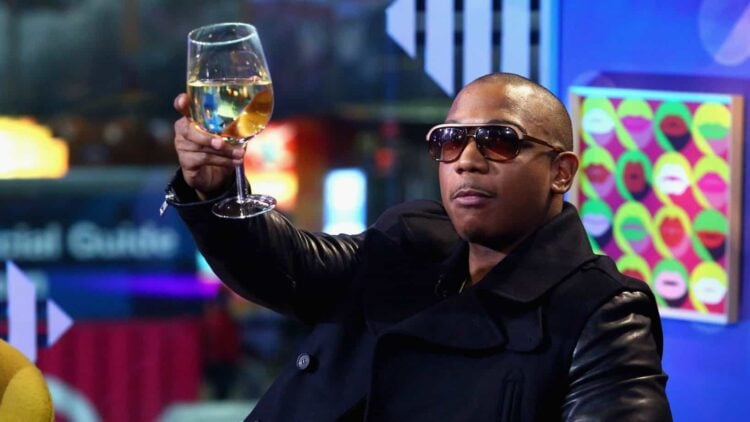 Do you remember Ja Rule? You know, the rapper from the early-2000’s. He used Ashanti and Beyoncé to embed himself in hip hop history with some of the most catchy songs of my teenage years. Here, these will refresh your memory:

Ja fell off the face of the planet when he started beefing with the best rapper of all-time back in the 2000’s. It started with 50-Cent but eventually moved onto Eminem. He said Eminem’s daughter’s name on a diss track and anyone who’s done that hasn’t had a career afterward. You can get a quick catch-up on Ja-Rule’s demise here, if you aren’t familiar.

Anyways, back to the present where I’m 30 years old and not waiting 30 minutes for dial-up internet to download “Say What You Say“.

Giannis taking practice shots in the middle of a Ja Rule halftime show is something I never thought I’d see. pic.twitter.com/fYZ7qSL2N3

Now, the Minnesota Timberwolves have a very underrated Twitter account. I’d highly recommend them as a follow. And, like anyone who has a funny bone, they took their shot at the former kind-of relevant rapper:

If you don’t know why the Wolves team tweet is so funny then you can go here to catch up on Ja Rule and all of the FYRE Fest controversy that was followed by a stupid tweet.

Alright, so a great tweet from their Twitter account was followed with the Wolves expectedly losing on the floor and we were all about to move on with our lives. But just when you think Ja Rule can’t get any dumber… he tests his own stupidity with this tweet, in response to the Timberwolves from the night before.

You just jinx yourself talking to the GOD this way… your CURSED NOW!!! You won’t win a championship for the next 30 years… AND KAT IS LEAVING!!! Apologize and I’ll lift the CURSE!!! ? kiss of death… https://t.co/RzUn4vKx2Y

I know we have our anxiety around this state with curses but i promise you that this isn’t one you need to worry about. If Ja had half of a brain, he’d realize that any Timberwolves “curse” far outdates his tweet. We’ve been suffering here for awhile there smart guy…

In fact, he’s such a joke that I’ve come up with a theory that might actually lift your spirits this morning as a minnesota fan… Other people are on board with the theory, it appears. It’s growing support fast on the old interwebs. I wish I could get Ja to curse this website… I’ll keep tweeting and see what happens.

lol, no don’t. this is such a joke that it’s probably a curse lifter. Wiggins might finish season averaging a triple double and the Wolves win the most unlikely NBA Championship in league history! pic.twitter.com/qcvkomBmeY