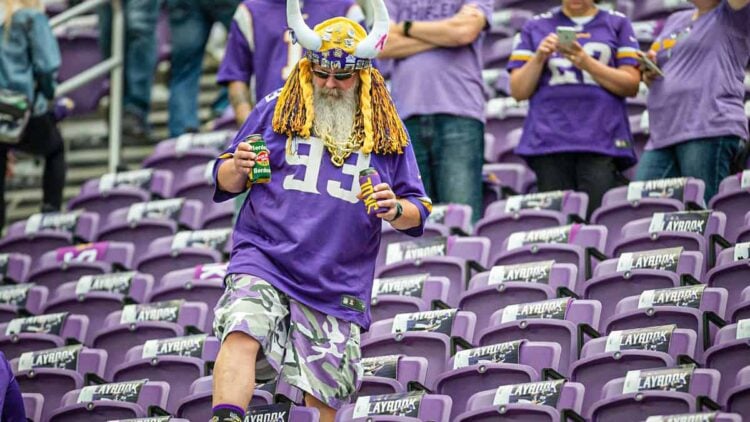 The Minnesota Vikings have sent an email to season ticket holders, regarding their tickets for the upcoming 2020 season. They have given two options:

If you Opt in:

There are a number of possibilities for ticket holders who choose to hold onto their 2020 tickets. All 66,000+ fans could be allowed in US Bank Stadium but that seems very unlikely, at this point.

One of the more likely outcomes would be a limited stadium attendance. In this situation, season ticket holders may not be allowed at every game. The Minnesota Vikings stated seat selection priority would be given to Stadium Builder’s License (SBL) owners. If fans aren’t allowed at games, they will get their money refunded.

The third possibility is that no fans at all are allowed in attendance. This would be similar to what other professional sports leagues are doing. In that case, the Minnesota Vikings would credit all season ticket holder’s accounts.

Fans who do attend games can expect a different game day experience that will include a face-covering requirement, stadium seating reconfigurations, staggered entrance times and other mandated protocols. If you prefer to keep your 2020 season tickets, with the understanding of changing policies and procedures this season and the recognition that not all fans with 2020 season tickets will be able to attend, no action is needed from you at this time.

What if you want to opt out?

Also, included in the email, was an update on what fans should expect if they are allowed into the stadium:

If face masks are required, grab yourself a Vikings one. I’m sure the team will be selling them, along with many other companies all over the internet. Packers masks will not be allowed (just kidding, kind of).

With Vikings Training Camp right around the corner, other states have began making rulings on sporting event attendance. Just yesterday, New Jersey announced there will be no fans in football stadiums for the 2020 season.

Yes, there is an NFL team in New Jersey. In fact, there are two! Both the Jets and the Giants play at MetLife Stadium in East Rutherford, New Jersey.

Joint Statement from the Giants and Jets pic.twitter.com/e8MGmXpimv

For Minnesota Vikings season ticket holders, this could mean bad news. If Giants and Jets fans are not allowed in New York, it seems unlikely for other cities too… New York has also been hit harder than other states, though.

Regardless of whether or not fans are allowed in U.S. Bank Stadium, I just want football.