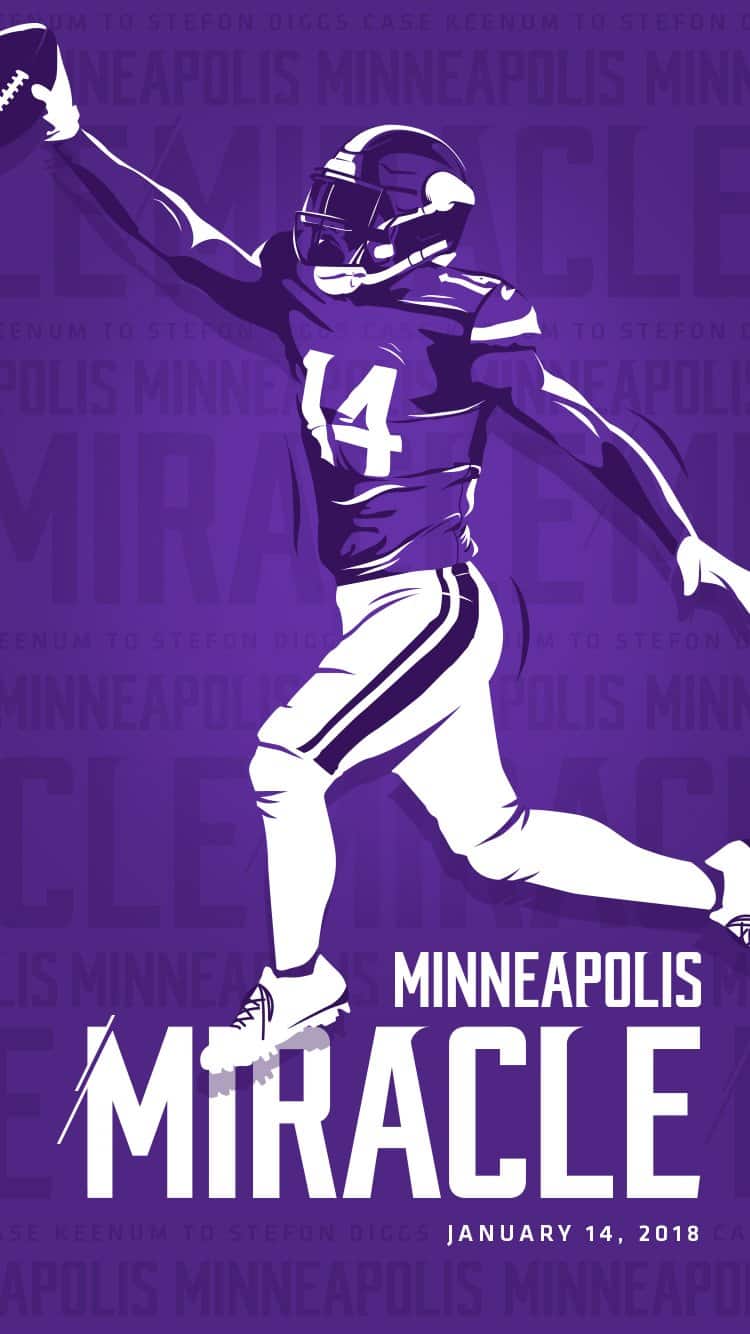 "I love this kid and what he brings to the table." – @DeionSanders on @athielen19

Team Sleep Number is ready for the game on Sunday, are you? Join us with your own @Vikings #SkolChant video! #BringItHome pic.twitter.com/bGcMMhuShb

The turnaround for US Bank Stadium from normal venue to Super Bowl host site is unusually tight after the #Vikings' playoff victory over New Orleans https://t.co/nk8PTNuS5i pic.twitter.com/OgUjfxkSxH

Gene Steratore will be the referee for @SuperBowl LII. pic.twitter.com/mqaaMlO84h

Update: Thielen is listed on #Vikings injury report as being sidelined with a 'low back' injury. https://t.co/ugIXrGAbod

More excited than @PAOnTheMic? Here's a call of the #MinneapolisMiracle that you probably haven't heard yet, unless you follow the Twitter feed of @Str8_Cash_Homey (which you should do, anyway). https://t.co/qixTHn6p2N #Vikings pic.twitter.com/9HNybWj1n9

Meet the giant ‘Diggs’ snow lobster, named after the Viking and created by the Bartz brothers https://t.co/6c1M1RkW56 pic.twitter.com/odsxDKC9PG

Vikings’ Mackensie Alexander not worried about being picked on in Philly https://t.co/FkwaU74piS pic.twitter.com/PjesNJXbaS

#Vikings long snapper Kevin McDermott is used to witnessing miracles. He was at the "Music City Miracle" on Jan. 8 2000 when he was 9 and growing up in Nashville, Tenn. On Sunday, he was standing on the sidelines for the "Minnesota Miracle.'' https://t.co/kTrQraR02x

A look at how the @Eagles managed to scrounge up enough offense to beat the @AtlantaFalcons last week.https://t.co/awFDo5Qz53

Talk about a show.

Sit back, relax, & watch the Barn go lights out. ?? pic.twitter.com/rxwpKyniJ7

#Rockets will be missing players against #twolves on Thursday, but not star James Harden. @JerryZgoda with details https://t.co/j24Yd4zbok pic.twitter.com/pFzwoV6ALG

Jimmy Butler, #NBA MVP? Unlikely, but his shooting improvement is most valuable to #twolves. @ChristopherHine with the latest from our new analytics beat https://t.co/kFOPE42TPJ pic.twitter.com/Y4RYX6XOMB

Timberwolves proving not all good teams need to hit the three https://t.co/Ha1Xb3hi0P pic.twitter.com/LmE1Qytres

We live in a cool state and Thomas Morstead is a cool person. #SKOL

If you didn't know, Nemanja Bjelica was raised on the streets of Serbia….. #AllEyesNorth

Sunday's game might be a challenge, but his isn't.#SKOL

For #Gophers: no Lady Liberty, no Times Square, just desperation hockey coming up vs. Michigan State in NYC. @RJstrib with more https://t.co/oKYIMy1k6j pic.twitter.com/MI4EYhF39a

BLOG: #Gophers coach P.J. Fleck makes some changes to his coaching staff, including the hiring of a junior college head coach to be an assistant. https://t.co/PiTynIxOyg pic.twitter.com/z3UEhdZIq4

Go inside Athletes Village, the $166 million complex that will be a game changer. https://t.co/hRputzztff pic.twitter.com/5xczXJSz1y

United remains steadfast on adding players after several got away https://t.co/ausYsoF1K1 pic.twitter.com/dI1vNbcRWF

Justin Morneau has no regrets as he retires for front-office role with Twins https://t.co/eEO03PxQjU pic.twitter.com/43Q2748lXy

10 years ago, it was a very cold day indeed on Baudette Bay. A great tale of hockey, Winnebagos in a ditch and some clutch Snickers bars, by @JessRMyers. https://t.co/YtsOKkFyug

On the improving game of Nick Seeler, much more than just a fighter. From @dsm_captive.https://t.co/VN2YvSG6ur

NBA suspends Trevor Ariza, Gerald Green – but no other Rockets – for two games for entering Clippers locker room looking for a confrontation. Their suspension starts tomorrow night vs Wolves in an 8:30 pm TNT game pic.twitter.com/5YOd7MPo7X

The latest in our 'What if' NHL Olympic roster series is the Czech Republic: https://t.co/k0vw4RCxvW