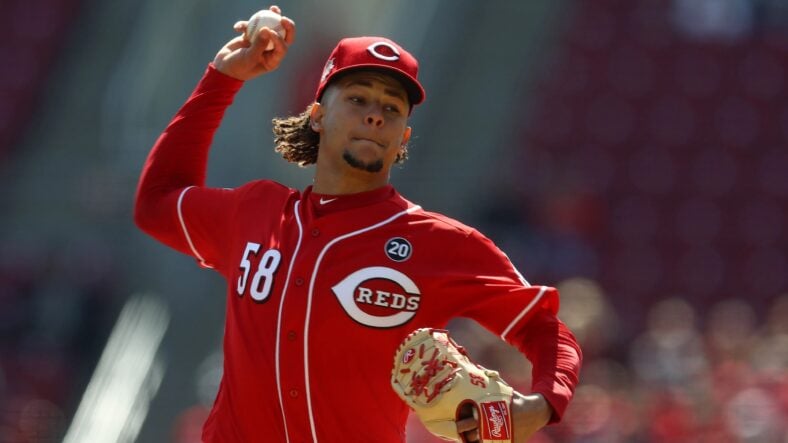 The (35-26) Minnesota Twins lead the American League Central by 4 games over the Guardians and 6 games over the White Sox. They’re 5-3 in their most trying stretch of the young season, vs the best of the AL East (TOR, NYY, TBR) and have an opportunity to sweep the Rays in Sunday’s finale.

But Derek Falvey & Co must learn from their past mistakes, if this story is going to have a happy ending. That starts and ends with getting their pitching staff playoff-worthy at the trade deadline.

This combination of misfit toys was a cute little story for the first 1/3 of the season but it’s time for the front office to move on a bona fide, front of the rotation, starting pitcher. A guy we can feel good putting up against anyone, come playoff time and someone who can eat innings on the way there.

So what are some options? Well, I have FIVE of them. Two of them will be written and talked about at nauseum, for the next month. The others, I had to dig a little deeper for. All of them fit the criteria needed to be a trade deadline target for starter-needy buyers. The most important criterion, however, is being an undeniable Ace.

An Opening Day, Game 1 of the World Series, Ace.

Frankie Montas is so used to seeing his name in the trade rumor mill that he’d probably call it home if it were a real place. He has been, and will be, linked to every buyer on the market, including the Twins. Oakland wants to be known as the cheapest organization in baseball and they’re currently spending more than the Baltimore Orioles. So, it’s just a matter of time before they deal their best and most expensive starting pitcher.

As promised, Montas would walk into the home clubhouse at Target Field and immediately qualify as the No. 1 starting pitcher. But that wouldn’t just be the case in Minnesota, Frankie is a verified ace. He doesn’t have the playoff experience you’d hope but he checks every other box. His 70.2 innings pitched is top-10 in the league and he threw 187 innings last season.

Light fully turned on for Filthy Frankie after nearly doubling his splitter usage. Friedman do your thing. #Dodgers

Luis Castillo is the other starting pitcher that we will need a room at the MLB rumor mill over the next month. All signs point to the Cincinnati Reds trading their 29-year-old stud sometime before he hits free agency in the offseason of 2024. His value will never be higher than now, with 1.5 seasons remaining of team control.

Castillo has the 3rd most innings pitched on this list and he has the second-most career WAR (15.8). His 147 ERA+ is the best of the bunch. His stuff is probably the nastiest, too. Playoff experience? Much like Montas, there isn’t much. But in his only appearance, Luis Castillo threw a 5.1 inning gem.

There’s a reason why every buying team needing a pitcher is going to be after Castillo.

Now, we get into some more obscure names. Not that Zack Wheeler and the next two pitchers aren’t staff aces. But these are names that I haven’t seen any steam on. They meet most of the criteria, in that they currently play for teams outside of 1st place in their respective divisions.

Wheeler plays for the Phillies, who own a top-5 payroll in baseball. They started the season 21-29 before firing their head coach, Joe Girardi. Since, Philly hasn’t lost, winners of 9-straight. Still, at 30-29 the Phillies sit 8.5 games back of the 1st place Mets in the National League East. If the season ended today, they’d miss the playoffs.

So if the hot streak ends and their post-Girardi honeymoon wears off, the margin for error is thin. And should the Philadelphia Phillies turn into sellers, Wheeler might be their most valuable, yet moveable asset. He’s 32 years old, but still has two seasons of team control on his contract (FA in 2025).

He isn’t cheap, coming in at just under $25 million for each of the next two seasons, but he’s one of the most proven players on this list. Wheeler has pitched over 1000 innings in his career and has a 112 ERA+ in that time. His 21.5 career WAR is the most of all five pitchers. No decline, though. Zack Wheeler’s 2022 numbers are all better than his career averages.

One problem that sticks out, however, is his lack of playoff experience. Now in his early 30’s, Wheeler is yet to pitch in a playoff game. So while you’re getting a seasoned, proven MLB ace. He’s far from that, come postseason.

Shane Bieber might be the biggest and most well-known name on this list. He’s won a Cy Young (shortened 2020) and he plays in the AL Central. But you could make an argument that he both a) makes the most sense and b) is the best pitcher on this list.

Bieber has the lowest ERA this season, of any pitcher listed. He also has the best career K/9 rate, FIP, WHIP and ERA+ of any other pitcher listed. As far as availability, he pitches for the Cleveland Guardians and he’s going to be a free agent in 2025.

Cleveland has time to trade him but he may never hold more value than he does at this season’s trade deadline. His numbers are elite, he’s still on his rookie deal and he has 2.5 years left of team control on that contract. Oh, and he loves sliders almost as much as the Twins do.

The AL East is a bloodbath. The Red Sox are two games over .500 (31-29) but they sit 12.5 games back of the division-leading Yankees. In fact, Boston is in 4th place in the East, ahead of only Baltimore. But because three wild card teams make the playoffs in each conference, the Red Sox would be a playoff team if the season ended today. But there’s a long way to go. Much like the Phillies in the National League, one cold streak could push Boston to sell at the deadline.

And if the Boston Red Sox become sellers, Nathan Eovaldi is the perfect piece to offload. At 32 years old and on the final year of his contract, keeping Eovaldi wouldn’t make sense. And for a buying team who likes to buy cheap, the veteran’s 3.16 ERA, 133 ERA+, 1.098 WHIP and 68.1 IP this season show an inning eater who’s having a career year.

He’s played all over the place in his 11 MLB seasons, including LA, Miami, New York and Tampa Bay, before settling in Boston in 2018. Eovaldi didn’t break out as a front-rotation guy until the last couple seasons. He finished 4th in Cy Young voting last season and is on that same path now. All of that, along with his age and expiring contract, should make Eovaldi the cheapest option on this list.

But there’s no argument he belongs and would be a great pick up for Minnesota Twins team with playoff dreams. Of the five pitchers above, Nick Eovaldi’s 11 games of playoff experience are the most by far. It’s not just the experience, though. It’s what he’s done with it (3.14 ERA, 0.977 WHIP). If you’re trading for one of the five pitchers on this list, with ONLY the 2022 playoffs in mind, an argument could absolutely be made that Eovaldi is your best option.

Joe Ryan may have that in his future and those who cheer for the Twins should be excited about the rookie’s early successes. But a real MLB postseason threat isn’t relying on a wet behind the ears, first-year starter to carry them through the playoffs. Sonny Gray, even beyond his prime years, can pass as a playoff pitcher too. But he isn’t THAT guy either.

Getting an accredited front-of-the-rotation starting pitcher isn’t just a priority at the trade deadline, it’s THE priority. Sure, the Twins bullpen needs help too. But good bullpen options are cheap and plentiful when teams start wheeling and dealing in a couple of weeks.

Remember, this Carlos Correa + Byron Buxton winning window may only be ajar for one season. It is more likely Correa plays home games outside of Minneapolis in 2023 and beyond. So there’s no time to waste or opportunity to hesitate. They need to take advantage of a top-tier MLB lineup and marry it to a playoff capable pitching staff.