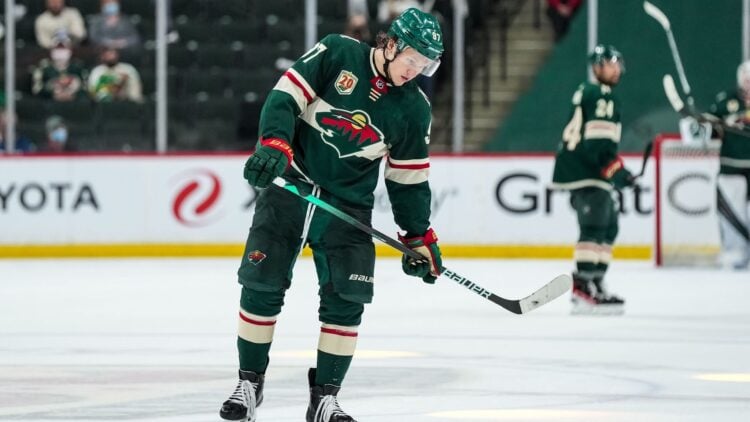 After finally playing at Xcel Energy Center in the flesh last season, Minnesota Wild fans were hoping that any and all Russian-style Kirill Kaprizov drama was behind them. But it became very apparent early this offseason that wasn’t going to be the case. Still, even the most cynical of NHL followers thought a deal would get done before teams gathered for training camp in late September. At the least, before pucks dropped in game 1 of 82 (October 15 for the Wild).

At a stalemate… again.

According to Michael Russo (The Athletic), however, Wild GM Billy Guerin and Kirill’s agent haven’t spoken in over a week. And it’s a process to get international players to the United States. Especially in 2021, with all of the pandemic protocols in place.

Training camp opens next Thursday, the two sides haven’t spoken in more than a week and the Wild’s leading scorer from a season ago and reigning Calder Trophy victor remains in Russia without a deal.

It’s looking more and more probable that, at a minimum, Kaprizov won’t be on the ice when the Wild open training camp on Sept. 23.

If Kaprizov were to sign this very second, he’d first need to secure a work visa to travel to the United States. He’d also need to get tested for COVID-19. Then, once he arrives in Minnesota, NHL protocols state that Kaprizov would likely need to quarantine for at least seven days before being permitted inside the team’s practice facility.

Forget about camp, pray for game 1

There’s no point in worrying about whether or not Kirill Kaprizov will be at Wild camp. It opens in less than two weeks. As Russo makes very clear, it’d be difficult to jump through all the hoops needed, even if he called Guerin up right now and personally accepted the deal on the table. There’s just too much that would have to get done.

Returning Kirill to America isn’t the only “obstacle” on Bill ‘s mind. The NHL’s COVID policies allow teams to suspend unvaccinated players without pay, who test positive for the virus. Travel between Canada and the USA without an FDA, WHO or Health Canada approved vaccine is also foggy. If Kaprizov is vaccinated, he’s believed to have gotten the Russian version, which was (uniquely) named the “Sputnik V“.

Billy G is trying to play it cool but he’s clearly tired of how long this situation has drug on. I’m quite impressed by his resolve though. You can’t let Mother Russia push you around.