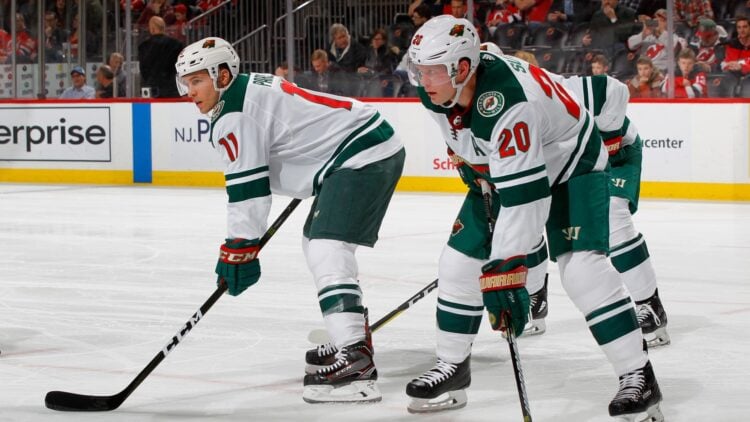 Bill Guerin continues to blow the minds of Minnesota Wild fans across the state of hockey and his latest tree-shaking move came on Tuesday around lunchtime, when he announced they were buying out the contracts of Zach Parise and Ryan Suter. Both guys will hit free agency on July 28, available for anyone to sign.

The move frees up over $10 million in cap space for this season but the buyouts will make money tighter in the three years that follow.

–Because both have no-moves, they essentially will get emails from team to waive waivers and become free agents
–Wild decided rather than buying out 1, they'd buy out both for $10.33M in cap relief this year and $2.33M in cap relief next. $15+ cap charges in Years 3-4

Following a rocky 2020-21 season dealing with the new franchise handlers (Guerin and Evason), nobody knew what the offseason held for Zach Parise. A buyout, in his case, isn’t shocking. Something had to give, whether it was a trade or this.

The shock came in regards to Ryan Suter’s inclusion in the news because there hadn’t been any steam releasing out of that pot. Suter still played big minutes last season in the top-4 of Minnesota’s defensive pairings and there wasn’t any reported drama that he stirred up. Media members were among the most surprised when it happened.

But GM, Bill Guerin, got up in front of reporters a couple hours after the buyout announcement was made and explained himself. He blamed a culmination of factors that forced his hand into a very difficult decision. The factors include (but are not limited to) a lack of salary cap space this offseason, the looming expansion draft next week and a need to move on with their younger and cheaper talent.

You can listen to the entire press conference HERE via KFAN but I clipped a couple of the better moments below.

Here is Bill Guerin’s explanation on why he chose to buyout both Zach Parise and Ryan Suter today and how long he’s been mulling the decision. #mnwild (audio via @KFAN1003) pic.twitter.com/1BP8P6B7OO

This is Bill’s team now.

Billy G isn’t afraid to do what’s necessary, even if the decision is going to be difficult. Guerin saw an opportunity here to move on from the old Minnesota Wild and completely embark on a clean-slated journey. But not only that, these buyouts allow the Wild to protect Marcus Foligno, Jordan Greenway, Ryan Hartman, Nico Sturm and Matt Dumba (among others) in the expansion draft too.

With this move, younger guys like Calen Addison, Niko Sturm, Matt Boldy and a plethora of others could see opportunities for more playing time next season. Again, the time was right. But now, the time is right to get a centerman for Kirill Kaprizov so he signs on long term.