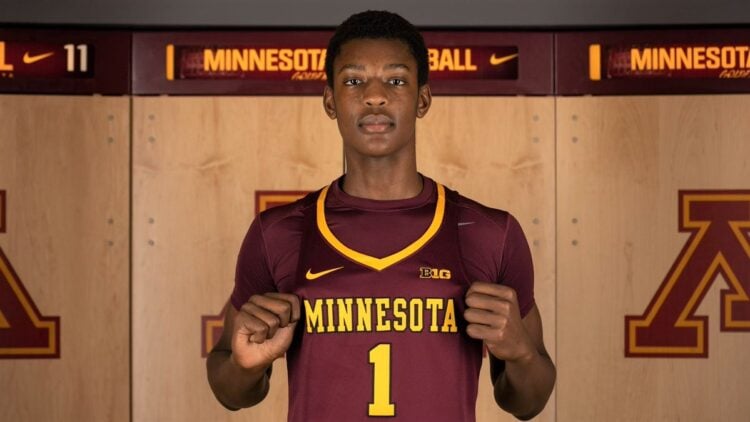 After stumbling out of the open transfer portal + pandemic-ridden gates, Minnesota Gophers men’s head basketball coach, Ben Johnson, has begun to find his footing on the local high school recruiting trail. Moments ago, he reeled in his biggest hometown commitment yet, in 2022 Park Senior stretch-wing, Pharrel Payne.

The Cottage Grove kid was being courted heavily by Texas A&M, Loyola (Chicago), Drake and Saint Louis, who were all hoping to get him committed before he caught the attention of bigger programs across the country. But instead of committing to one of those up and coming programs or waiting until the spring, like many other 2022 kids who should have more offers, Pharrel has decided to stay home and play for the Gophers.

Payne’s commitment comes after his official visit on the University of Minnesota campus over the weekend.

How Good is He?

Pharrel Payne stands 6’9″ and weighs in at 230 pounds, according to 247Sports.com. Ratings are lagging behind with many of these 2022 and 2023 recruits, given the lack of scouting over the last couple of years, but lead high school basketball scout for GopherIllustrated.com (247Sports), Ryan James, has dubbed Payne a national top-100 player in the 2022 class.

There was a recent highlight video posted on YouTube of Payne at a recent AAU tournament. It’s easy to see, after watching just a few minutes of watching, why local scouts are so excited about him.

Pharrel Payne has committed to Minnesota. Payne is a top 100 level 2022 big from Park of Cottage Grove pic.twitter.com/K2izH40Jn6