Twins vs Cubs Will Be on TV and Live Wednesday Night 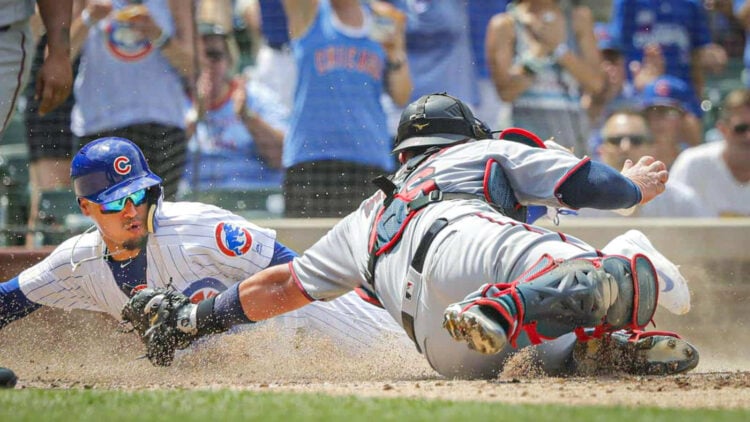 Your Minnesota Twins are back in business on Wednesday! They face off against the Chicago Cubs at Wrigley Field. The exhibition game will air on Fox Sports North with the first pitch at 6:05 pm. The game will also be broadcast via radio on News Talk 830 WCCO.

The #MNTwins will start Homer Bailey in tomorrow night's exhibition. Jon Lester goes for the Cubs.@fsnorth has the broadcast for the 6:05 p.m. first pitch.

You can also hear tomorrow's game (along with every other @Twins game this season) on News Talk 830 WCCO with @CoryProvus and Dan Gladden. https://t.co/cmrDpAFcLX

Although the Twins have streamed a few of their intrasquad games, this will be the first time FSN has broadcast anything for TV providers since baseball was postponed in March. And boy, my body is ready for it.

Wednesday’s exhibition will be a much needed breath of fresh air. Although the intrasquad scrimmages were great, they did not showcase what this team is truly capable of. Because in the regular season, Twins pitchers don’t have to face Twins batters and vice versa.

Facing off against a true opposing team should give us a better sense of where the team stands headed into the truncated season. Especially when considering the sparks we saw in the few scrimmages that were streamed. Whether it was solid pitching from Randy Dobnak to prospects and vets alike hitting Bombas, you hate to see it come against your own club.

Command wasn't 100%, but when player's did make contact it was right to the glove. #mntwins

"Is there a better swing in the organization than that swing?"

Alex Kirilloff went opposite field with his sweet swing today in the #MNTwins' intrasquad game.

Here's our full scouting report on the @Twins' No. 2 prospect: https://t.co/0EDnQMwq6P pic.twitter.com/wgbIHcgv18

And while the game against the Cubs doesn’t count towards anything, the competition level will be raised. With it being the only chance to tune up against another MLB team, expect the team to go all out. The Twins will trot Homer Bailey on the mound and will also likely dispatch a lineup that will mimic Opening Day.

WHO MAKES THE TRIP

This exhibition game will also provide some much anticipated insight into who makes the initial 30-man roster. As mentioned, the intrasquad games showed glimpses of the team’s future, but there are only so many spots for the prospects to fill.

Expect the team to go with a roster that would have likely resembled their initially-projected March Opening Day roster. With players who are ready to contribute filling up the last four spots. This includes prospect Travis Blankenhorn, Devin Smeltzer, Cody Stashak, and LaMonte Wade Jr.

Yet the biggest question is whether outfielder Byron Buxton will make the trip and when fans will see him play in his first game. After spraining his left foot in practice last week, I do not project him to make the trip or start in the opening series against the White Sox. We will more than likely see him in the home opener against St. Louis next week.

Byron Buxton has a left mid-left foot sprain and is day to day. #MNTwins

Thankfully, his injury did not end up being worse than needing some rest. So hopefully he will be 100% ready when the Minnesota Twins come home. Lord knows his defense is respected and needed.