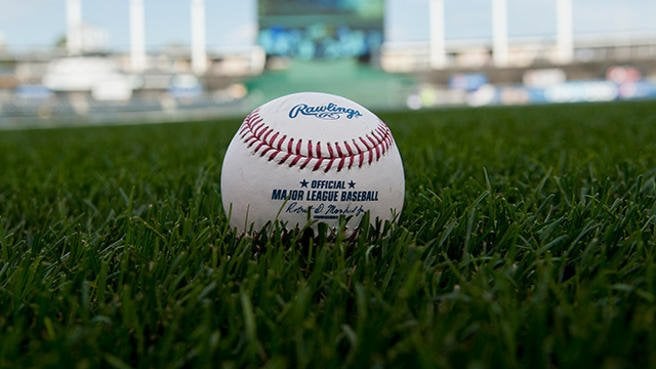 Outside of Bill Nye, nobody has the ability to make science entertaining like the extremely talented John Brenkus. The creator, host, and producer of ESPN’s Sport Science (who is also a musician on the side) has amassed 6 Emmy Awards for his roles in the four letter network’s popular series. In regards to their recent work, the critically acclaimed program has stirred the once-exorcised demons  of “America’s pastime” with the word, “JUICED”. However, this time, it’s the MLB accused of juicing. Also different this time around; we are accused of juicing baseballs, not humans.

Last season, while more than half of MLB team’s saw their TV ratings decreased, the opposite was true for the sport’s home run totals. In hopes of explaining the spike in deep shots, the Brenkus-run program had research done by the Keck School of Medicine. The USC-based institution took a deep dive into the possibility that the MLB (now commissioned by Rob Manfred) has been using juiced baseballs.

As for the study’s results, they are scientifically fascinating:

Goal of Research: To “see if the internal composition of the baseballs had changed in ways that would affect the ball’s performance.“

Preface: Statistical evidence indicates the rate in which home runs are hit in the MLB, started to increase in the middle of the 2015 season.

Findings: There was little to no variation between the test groups, except for one glaring difference in the DENSITY OF THEIR CORE.

Per the below diagram, the core of a baseball is made up of three parts:

Per the below picture, this is how the three core components (plus the yarn and cowhide shell) actually appear: The disparity between the pre and post mid-2015 subjects existed in the “Pink Rubber,” or outer most part of the core. The researchers found that part was “on average, about 40 percent less dense in the new group of balls.“ Once the Cat scan of the baseballs was complete, the eight of them were sent for additional examinations. As you’d expect, the results of that testing showed a difference in the chemical composition of the “Pink Rubber.”

Additionally, the weight of the cores from new set of baseballs were, on average, 0.5 grams lighter than the old set of baseballs. It can be determined that if a ball from each group were hit exactly the same way, the one from the new group would travel slightly farther.

In a tweet from Justin Verlander (HOU – Starting Pitcher) he found a chart that shows exactly that:

Been sitting on this… Exit velo and launch angle and it’s correlation to % chance of becoming a homer. 2014 vs. 2017 pic.twitter.com/UrfVVFVuJB

In July of last year, the MLB sent a memo to all 30 clubs that claimed there wasn’t any evidence that the leagues’ official game ball hand changed. Whenever commissioner Manfred addresses this controversy, he seems to continuously take the rat-boy style approach of “deny, deny, deny.”

Before this study was released, because of previous findings, I would have bet that the MLB baseballs (like many of their athletes from the infamous Steroids Era) were on the juice.

Thanks to Sport Science and their contacts, for the first time, we can confirm changes in the way the official baseballs from before and after the HR jump are composed. With those previous findings, parlayed with this new information, I’m extremely confident in saying that these non-living items are on their own version of that Mark McGwire shit.

For a non-baseball purist like myself, I am all for the extra entertainment that has resulted from, what I view as, a deliberate and calculated change made by the league’s big wigs.

If you’re a baseball purist, this probably drives you crazy. Like my Minnesota Sports Fan colleague, Brandon Strack (IG: @BStrack21), discussed in an MLB pitch-clock discussion on our “No Shirts, Just Skins” Podcast, stuff like this tampers with the ultra-coveted baseball record books. And, you don’t want to piss people like Brandon off.

No, no, no. There aren’t any steroids involved with Brandon (at least we don’t believe so), nor did the man’s composition change (that I know of).

As Welch’s, Lance Armstrong, Rawlings, and P.J. Fleck have shown us, the term juice(d) has many different interpretations: