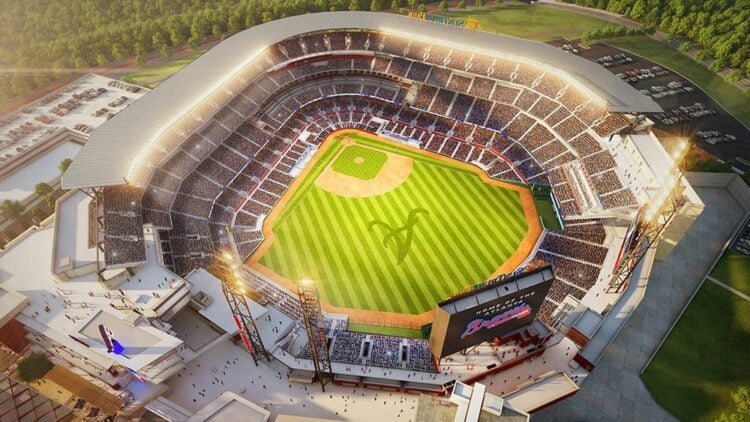 What Target Field is to the Minnesota Twins, Suntrust Park is to the Atlanta Braves. The baseball stadium, located in Georgia’s Cobb County, is the home venue for the Peach State’s only MLB team.

Late Tuesday, in an eerie and non-baseball related manner, the Braves’ ballpark made national headlines

A dead body was found inside a walk-in freezer at Braves Stadium ?https://t.co/HG8KZpBtHz

Less than twenty-four hours after the initial wave of reports, Cobb County Police identified the body to be that of 48 year-old Todd Keeling. Obviously, regardless from where he hailed, Keeling’s unexpected death is tragic.

With that being said, the successful business man’s direct affiliation to Minnesota adds that Land of 10K Lakes associated emotion to the story:

The body of a White Bear Lake man who was doing contract work was found in a beer cooler at the Atlanta Braves baseball stadium. https://t.co/2cYigwbMrm

The White Bear Lake resident was the CEO of a beer technology company known as Draftwell.

According to reports, on the day he passed, Todd was working at Suntrust Park installing his Draftwell taps. Keeling was found by another member of the Draftwell team. Other than that, there are little-to-no details available regarding the exact “when”, and exact “how”, surrounding Keeling’s passing.

Michael D’Aquino, the spokesman for the U.S. Occupational Safety and Health Administration, has stated the agency is currently investigating the death.

In closing, to the friends and family of Todd Keeling, Minnesota Sports Fan sends its utmost condolences.

As for everyone else, next time you’re having yourself a cold one, it would seem appropriate to pour some of it out for the beverage mastermind himself.