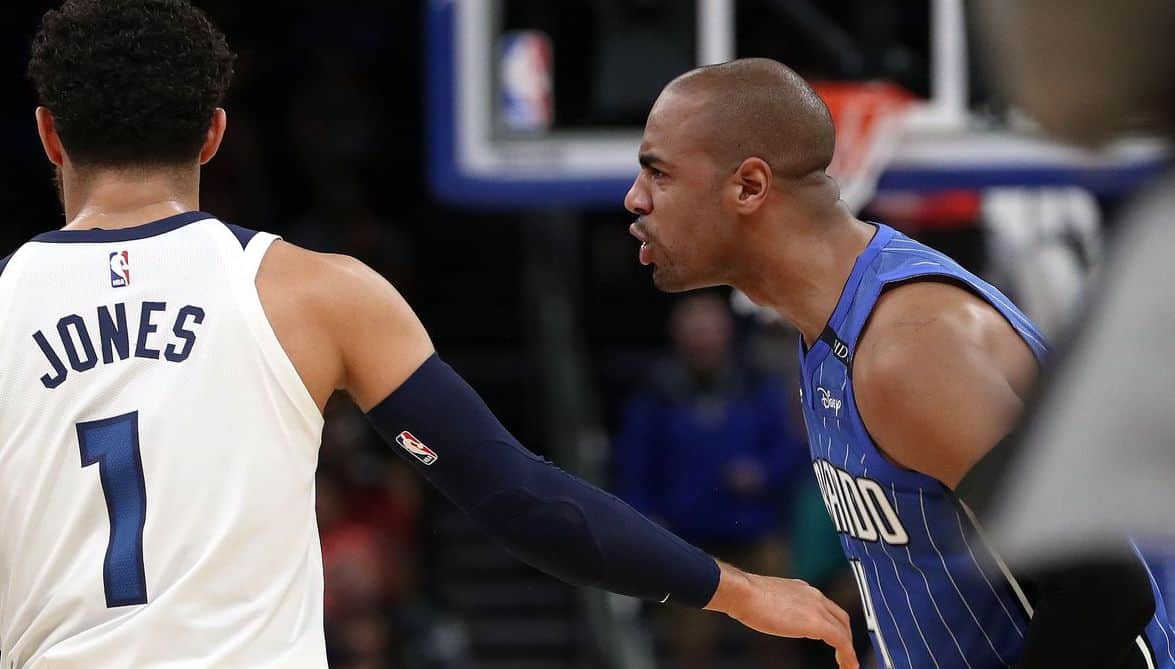 Directions: Press Play on the Below Video:

Let em go, refs! I know the game was in Orlando, but the Wolves are from the State of Hockey. They’re ready.

That mindset might not be politically correct, but at this moment, I don’t even care. The “Minneapolis Miracle” has me feeling like Nemenjia Bjelcia when Aaron Afflalo swung on him. Untouchable.

After a skirmish in the second quarter that resulted in Bjelly and Afflalo receiving technicals, things only escalated a few minutes later.

Both players were immediately ejected for the footage you saw above. I’m unsure about our Serbian sniper, but the Magic guard most certainly will be suspended for his George Foreman inspired haymaker. You could make the argument that Bjelicia shouldn’t have thrown that hammer-punch right at the end, but still. That looked like self-defense.

Bjelli said he had to put Afflolo in a headlock just to try and calm him down.

“I don’t know what is wrong with that guy”

Some seem to think the Wolves’ forward got lucky because Afflalo is from Compton. Who’s to say that’s a harder place to grow up than Serbia? Certainly not my geographically uneducated ass.

With the league’s players currently going through the dog days of their respective season, tensions are at an all time high. The Bjelicia/Afflalo confrontation came one day after one of the more weird NBA events to happen in recent memory.

Well, that was pretty weird, but it’s not what I’m referring to.

After being traded to the Rockets over the summer, Chris Paul made his return to Los Angeles on Monday. It’s no secret that he and his former teammate, Blake Griffin, have animosity towards one another. CP3’s first game back at Staples Center to play the Clippers was heated. After Griffin got ejected and the contest ceased, the two teams had an after party. Paul and a couple of his Rocket teammates tried to gain entry to the Clippers locker room. Apparently, that was through some back door that the PG, who’s also the President of the Players Union, knew about.

Outside of the fact CP3 and company were in pursuit of Blake Griffin AND Austin Rivers, the exact details of how it all played out aren’t entirely clear. However, one that thing is clear, the cops were called. Actually. The police showed up.

The last few days have been such a damn blur. Per my conscience’s recommendation, I’ve been trying to document as much of it as possible…